In New York State we are so close to winning 150% wage increases for home care workers, a historical win that will set an important precedent for every state in the nation. With your help we can make that vision a reality.

We know our country is facing a growing home care crisis. The fact that home care jobs pay poverty wages means that there are growing workforce shortages, leaving far too many people without the basic care that should be a right. Investments in worker wages will not only end workforce shortages, but they will benefit our economy overall. 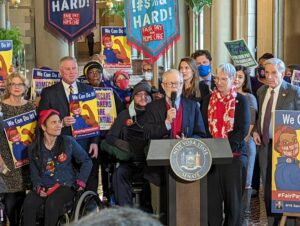 Hand in Hand is so proud to be a co-convener of the New York Caring Majority (NYCM), a powerful coalition consisting of organizations around NY state that represent all of the stakeholders in our long-term care system.

150% wage increases for home care workers are included in the NYS Senate and Assembly budgets. We now face our last hurdle of convincing Governor Kathy Hochul to include them in the final budget.

City University of New York research has found that raising annual home care wages would wipe out New York’s massive home care shortage within the next five years, and will pay for itself by moving home care workers off of public assistance and Medicaid while generating additional tax revenue. In fact, the state savings will surpass the investment cost.  In this year’s budget, wage increases for home care workers will cost $630 million — which can be fully funded by the Federal government through the increased home and community-based FMAP funds available in the American Rescue Plan Act.

But it won’t be easy. Will you help us get there by making a donation today? 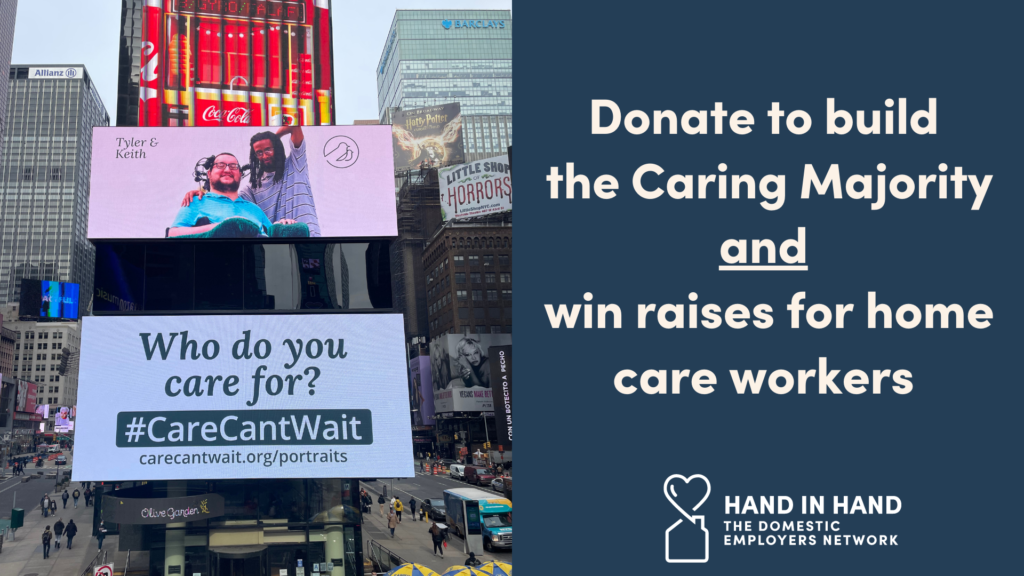 The New York Caring Majority through tireless organizing, has become a political powerhouse. Since 2020, NYCM has:

If we win home care worker wage increases in New York State, we will set a historical precedent for the rest of the country. Will you make a contribution today to support Hand in Hand’s organizing and campaign work today?