This year has been unlike any other. As we approach its end, I invite you to take a few minutes to reflect with me and acknowledge the challenges we have faced, the strength we have found, and what we have won together. Thank you for all that you have contributed to our community.

I also invite you to consider how important the care movement is to you. Whether you are new to Hand in Hand, or are renewing your membership after years of support, please join me in supporting Hand in Hand this December!

Hand in Hand’s National Steering Committee met, for what would be one of our last face-to-face gatherings in 2020. It was a great meeting. Excitement filled the room as we discussed upcoming domestic workers’ rights legislation and our plans around making long-term support and services for seniors and people with disabilities affordable. We also strategized about Hand in Hand’s role in the most important election of our lives.

the ground beneath our feet shifted, as it became clear we were heading towards a global public health emergency. We quickly came to understand the devastating impact that COVID-19 was having on domestic workers—and that we had a unique role to play as the only national organization organizing domestic employers.

our partners at the National Domestic Workers Alliance (NDWA) reported that nearly 72% of domestic workers had lost part or all of their income, and that many were also being forced to work without personal protective equipment. In response we launched a national education effort to urge employers to continue to pay workers during the pandemic.

There was a powerful response. Employers from 40 states pledged to continue paying their workers during the shelter in place orders. We also developed crucial COVID-19 health and safety guidelines in partnership with NDWA to fill the void of information for domestic workers and employers, and joined NDWA’s efforts to raise over $30 million in relief funds for domestic workers in the U.S.

Of course, COVID-19 created immense challenges for many of our members as well. The closing of schools left parents without childcare, widespread layoffs resulted in economic hardships, our communities were grieving the lives lost to the virus, and for those of us who rely on in-home support for daily living, we struggled to implement strict safety protocols amidst contradictory advice from agencies, health officials, and state and national leadership.

all of us were called to join the collective cry for justice against the systemic violence against Black people, sparked by the killing of George Floyd, Breonna Taylor and the far-too long list of Black people who have been killed by police or racist vigilantes. At Hand in Hand, we immediately understood the connection between this violence and the racism that has led to the exploitation of Black and immigrant women of color domestic workers. So we doubled down on our commitment to support the movement for Black lives. 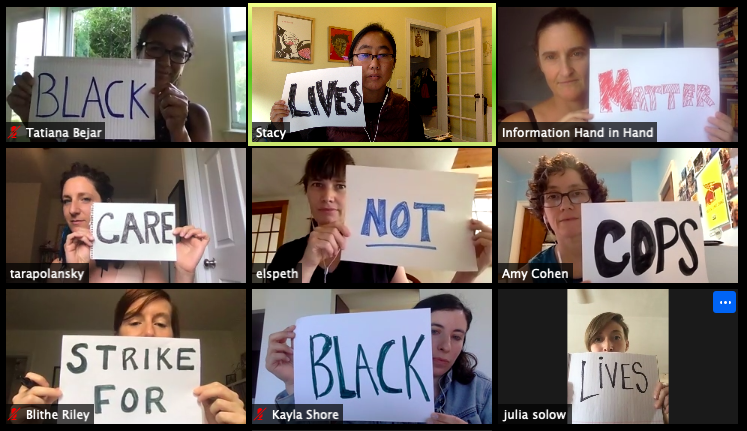 Through it all, I spent many days at my desk in California looking out the window at eerie bright orange skies, as wildfires raged throughout the state. At times I felt powerlessness, fear and anger. Other times I felt deeply connected to and inspired by the powerful movements of millions working to save all of our lives, including our members who provided mutual aid to one another, joined our campaigns for domestic worker protections, and who mobilized to get out the vote and defend our democracy against hate and authoritarianism.

with a new administration soon to take office, we can see new possibilities ahead of a care infrastructure that not only supports essential workers but recognizes the need for affordable support for seniors, people with disabilities, and families.

It is clear that organizing is what will protect our communities.

It is clear that those critical conversations with our friends, families, neighbors and people who work in our homes, is how we can build the collective power we need to to win change. 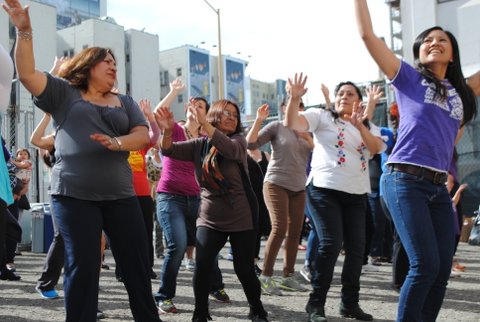 So as we look ahead to 2021, we plan to organize, centering our work around values of interdependence and care. We will:

As we close out 2020 together, I invite you to join us and contribute to our work, our organization, and our movement to create caring communities that take care of all of us.