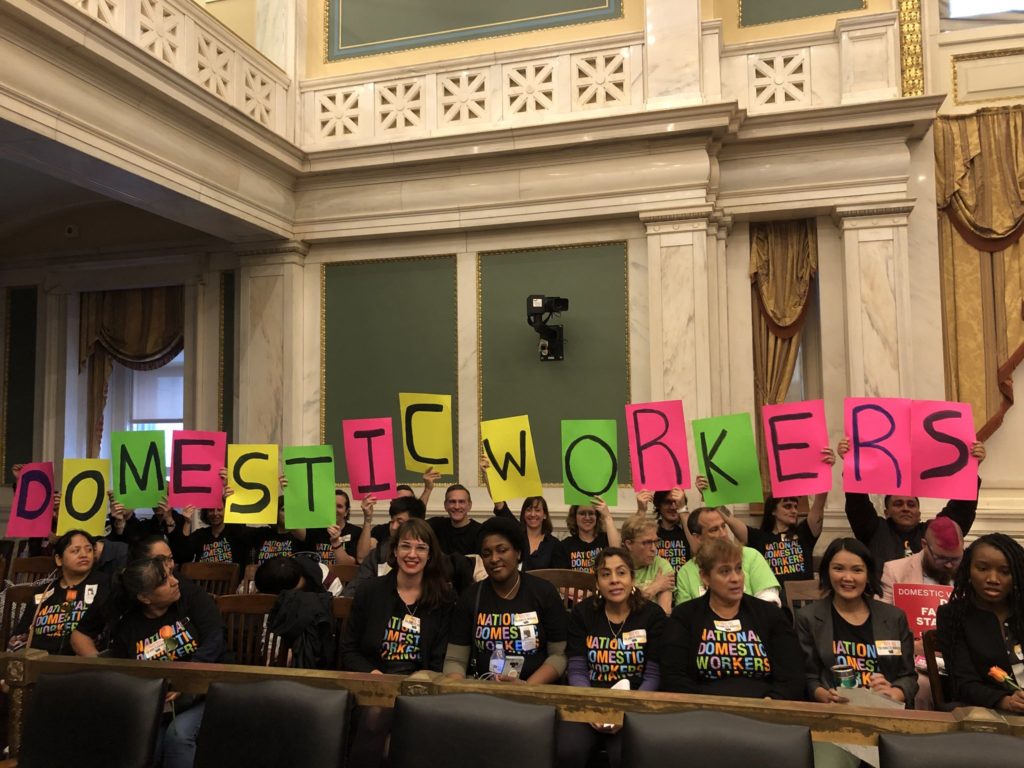 On the day of Halloween, the Philadelphia City Council voted unanimously to pass the strongest Domestic Workers Bill of Rights in the country!

Philadelphia is once again a leader in workers’ rights struggles, and this will have a major impact on 16,000+ workers here in our city.

People who employ domestic workers have been part of this from the get-go, and today we celebrate this milestone, which not only makes Philadelphia a more fair and just city, but sets a new gold standard for how America values the work that takes place in our homes.

Elana Baurer, one mother who is a nanny employer, testified before the city council and was quoted in a Ms. Magazine story about the bill:

“Every worker deserves dignity at work and basic protections such as a written contract and paid time off.  We provide those to our nanny and deeply value the care she provides to our daughter,” said Elena Baurer, employer of a nanny and house cleaner as well as leader with Hand in Hand: the Domestic Employer’s Network. “But domestic workers should not have to rely on the good intentions of their employers in order to have their work respected and their rights protected, I’m thrilled to be a part of this historic moment in Philadelphia where we have just become the largest city in the country to ensure domestic workers have access to the rights and benefits they deserve.”

Did we mention that the bill passed UNANIMOUSLY!  That’s 17 – 0.  This is a major feat in Philadelphia and includes yes votes from 3 Republicans, meaning the value of care is an issue we can all agree on. The bill is also the strongest of its kind in the country and Philadelphia is the largest city to pass a domestic worker bill of rights so far. 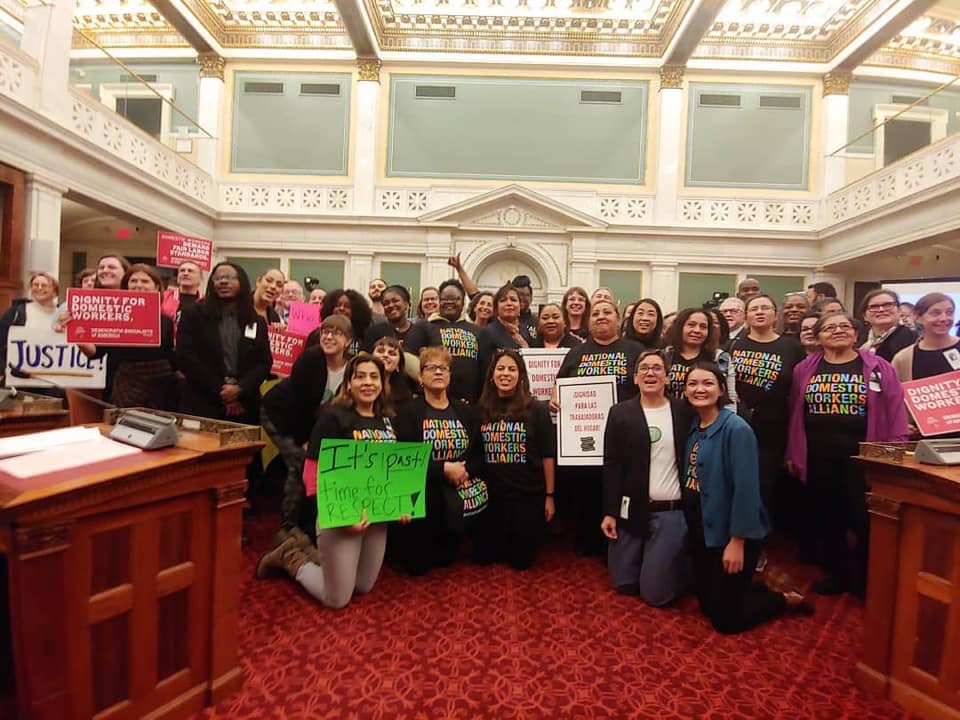 Employer participation has been integral throughout this process. Hand in Hand has been organizing employers alongside workers since the beginning:

We got a shout out from Council Member and bill sponsor Maria Quinones Sanchez and we are feeling both incredibly proud and hopeful about what this means for our city and beyond.

All of us at Hand in Hand want to extend congratulations to the Pennsylvania Domestic Workers Alliance and all the nannies, house cleaners and home attendants who fought tirelessly to win this important piece 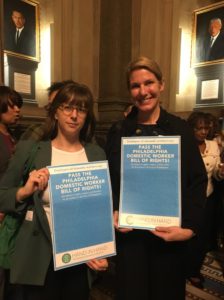 This bill sends a strong message of respect to domestic workers – their work is valued, respected and now their rights are protected too. And the legislation will help us in our essential work of educating employers on how to make our homes fair and dignified places to work.