Last week, we witnessed both the inspiring power of multiracial movements working for democracy and the ugliness and violence of an attempted coup fueled by white nationalism.

We celebrate the organizing victories in Georgia

On Tuesday and Wednesday morning as the results of the Georgia Senate races were confirmed, we saw the impact of incredible power building that led to record numbers of voters who turned out in the face of voter intimidation and disfranchisement. Thanks to the bold leadership of Black women like Stacey Abrams, LaTosha Brown and our sisters at Care In Action and We Dream in Black, and the unstoppable work of grassroots organizers, Georgia made history once again. We applaud and are grateful for their leadership! 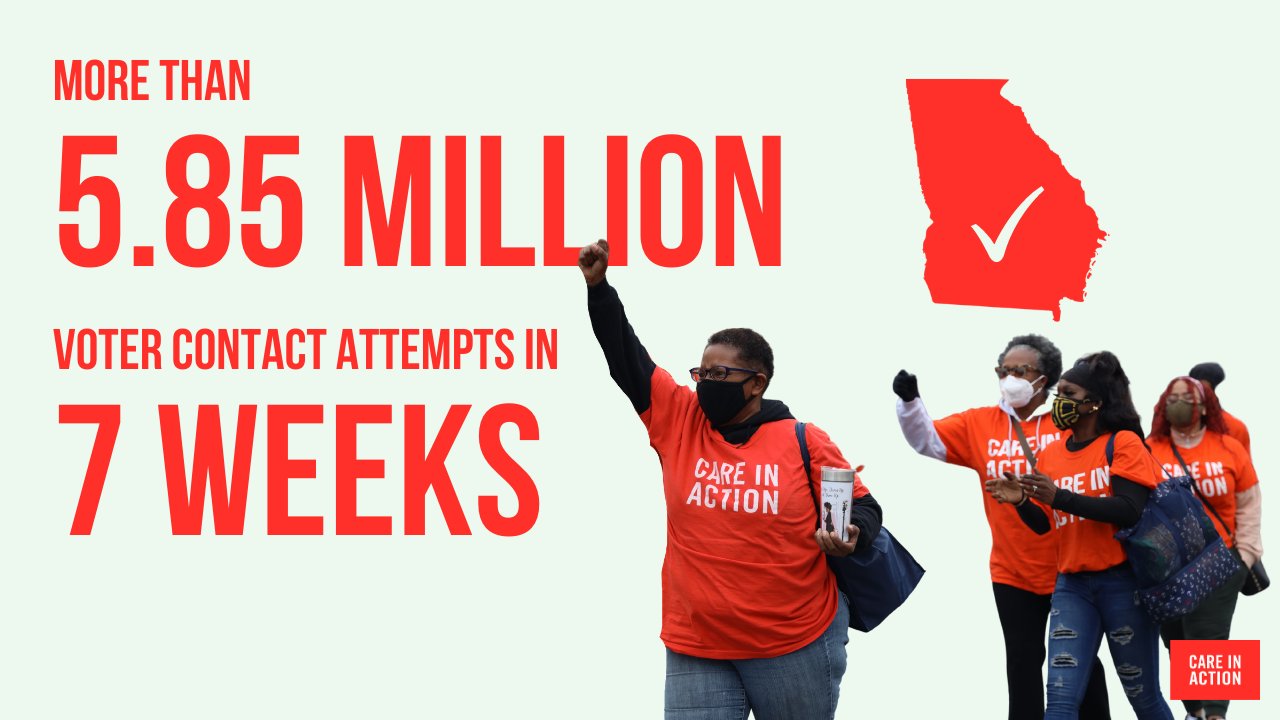 Thank you to our sisters at Care in Action for the incredible GOTV work in Georgia!

The election of Jon Ossoff and Raphael Warnock also means that Hand in Hand’s work to advance a care agenda will be even more possible! President Elect Biden has already pledged to invest $775 billion into living wage care jobs, affordable childcare, and access to long-term supports and services.

Now our task is to follow the lead of Georgia and multiracial movements, and to voice our support for this agenda on the federal level and in our home states. Elected leaders need to know that now is the time to build a care infrastructure that will support our nation’s recovery.

When we watched the news coverage of white nationalists storming the Capitol on Wednesday, we were outraged by the violent and seditious acts. There were also riots at state Capitol buildings and incidents of racist violence reported all over the country.

We know that the events were the culmination of toxic leadership, with an administration that has fomented racism, misogyny, and ableism. But the events were also a reflection of our country’s roots of white supremacy that has been emboldened and validated over the last four years.

We denounce these attacks by the right-wing white nationalists in DC and across the country as racist assaults on our democracy and insurrection. We demand accountability and an unseating of elected leaders who caused this violence.

We have joined with Frontline and over one hundred other organizations in signing on to a full page ad in the The New York Times, published today, to call on the Congress to immediately impeach the President of the United States and expel the members of Congress who incited these acts of violence. The President has made very clear by his actions that he is not fit to lead the country even for the last nine days before the transition. 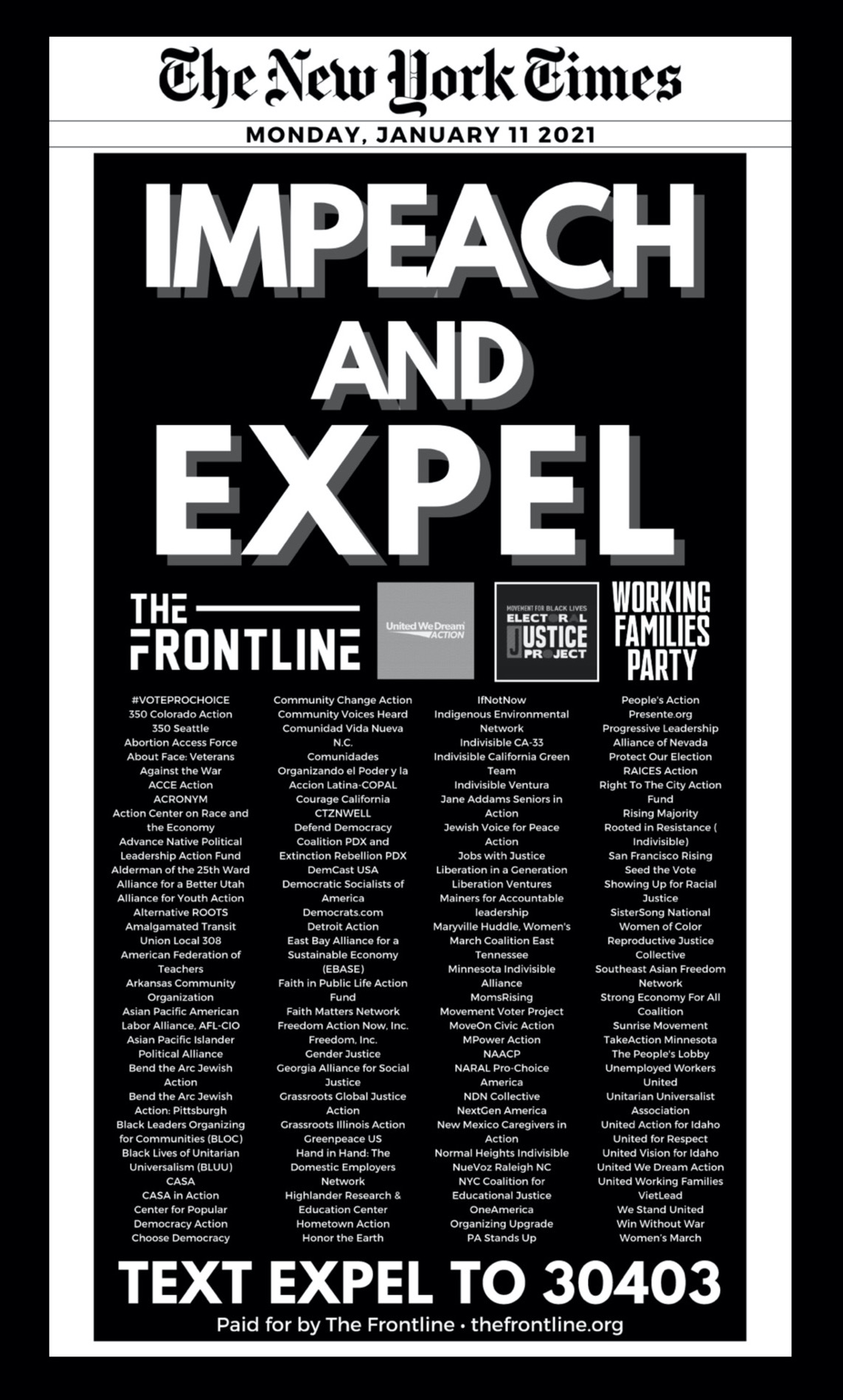 The work of building and maintaining a multiracial democracy rooted in care and equity will require each of us to organize in our communities and to hold our leaders accountable. Let’s not be taken off guard by continued attacks, but let’s also continue to take care of ourselves and our communities. We must continue to actively defend and fight for the democracy we know and believe is possible.

Thank you for bringing your commitment, love and courage to these times as a part of Hand in Hand’s community.