This year we celebrate the 20th anniversary of the landmark Olmstead decision! In 1999, the Supreme Court decided in Olmstead v. L.C. that people with disabilities have a right under the Americans with Disabilities Act (ADA) to live in the community rather than institutions and that government has a responsibility to provide supports and services to make this possible.

In the 1800s, states throughout the U.S. began to build large scale asylums for people with mental health conditions and other disabilities. By the early 1900s, many of these institutions became overcrowded and residents experienced maltreatment. Psychiatric institutions continued to grow until the 1960s, when institutional abuse scandals, disability rights advocacy, and scholarly work that posited the asylum as an oppressive institution led to a public policy shift toward community living instead.

The Americans with Disabilities Act (ADA) was passed in 1990. A broad disability rights anti-discrimination law, it included recognition of the history of institutionalization in the United States. Congress stated, “historically, society has tended to isolate and segregate individuals with disabilities, and, despite some improvements, such forms of discrimination against individuals with disabilities continue to be a serious and pervasive social problem.”

One of the regulations created under the ADA was the “integration mandate,” which requires public entities to “administer services, programs, and activities in the most integrated setting appropriate to the needs of the qualified individuals with disabilities.” This integration mandate would become the basis of the Olmstead decision in 1999.

The Olmstead lawsuit started with two women from Georgia named Lois Curtis and Elaine Wilson who both had diagnoses of mental health conditions and intellectual disabilities. Lois is an African-American woman and Elaine was a white woman. Lois and Elaine found themselves going in and out of the state’s mental health hospitals dozens of times. After each stay in the hospital, they would go back home; but then, because they did not have help at home, they would start to struggle again and would have to go back to the hospital to get help.

A lawsuit was filed on behalf of Lois and Elaine for supports to be provided in the community. The lawsuit, which is known as “Olmstead v. L.C.” or “the Olmstead decision,” (named after the defendant who was the Georgia social services commissioner) ended up in the U.S. Supreme Court. Ruth Bader Ginsburg wrote the Court’s decision, siding with Lois and Elaine.

The Court found that under the ADA, it is illegal for the state to discriminate against a person based on his or her disability. The Court said that the state discriminated against Lois and Elaine by requiring them to live in a mental health hospital. It should have instead provided services for them in the community. By confining them in the hospital, the state was segregating them.

Since 1999, courts have made clear that Olmstead applies to all state and Medicaid funded institutions, including nursing facilities, as well as to individuals living in the community who are at risk of institutionalization. Olmstead has been used repeatedly in legal cases in California to oppose cuts to In Home Supportive Services, which provides support for people with disabilities to live in their own homes.

We still have a long way to go. “The Olmstead decision recognized the rights of individuals with disabilities to live the lives they choose, but its promise has not yet been fully realized. Far too many people remain segregated in institutions when they would rather be thriving in their communities,” said Thomas E. Perez, former U.S. Secretary of Labor.

We honor Olmstead in all the efforts to improve home care, health care, and other supports and services for people with disabilities to live in the community rather than institutions.

Thank you to the Disability Integration Project at the Atlanta Legal Aid Society, Inc. for providing extensive information about Olmstead. https://www.olmsteadrights.org/about-olmstead/ 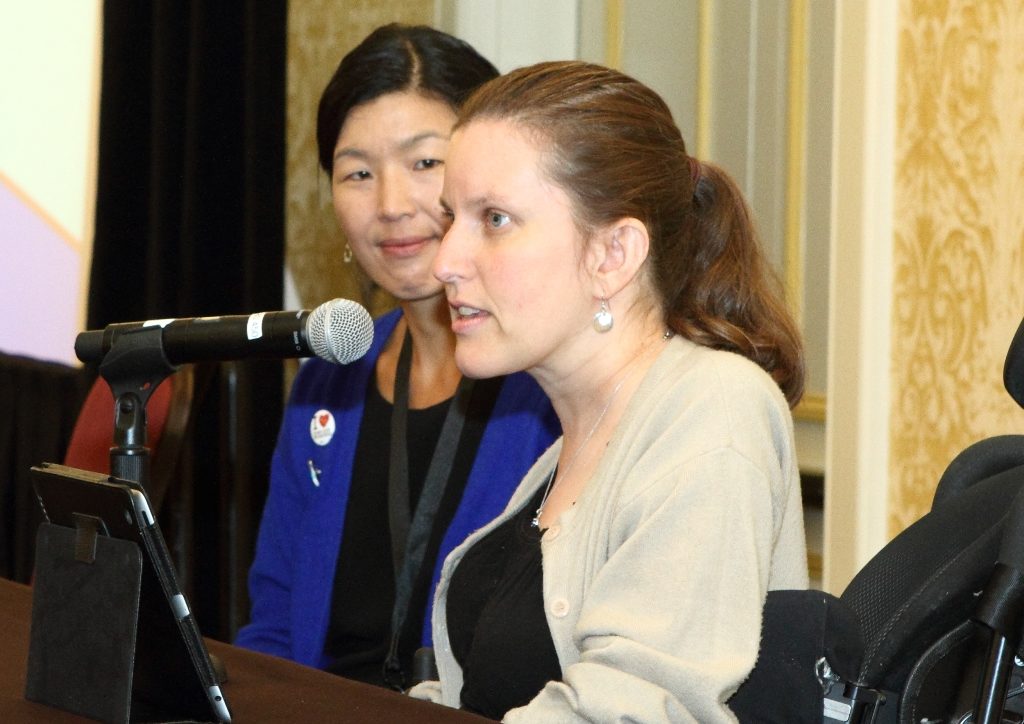 Jessica Lehman is a former member of Hand in Hand’s Steering Committee and is the Executive Director of San Francisco Senior and Disability Action.