This article originally appeared in ParentMap.

We interviewed Dana Barnett, a Seattle parent and the Washington state organizer for Hand in Hand, the Domestic Employers Network, about her experiences employing a nanny and house cleaner, and her work with employers to prioritize the rights of domestic workers.

Q: What was your personal experience hiring a nanny?

After becoming parents in 2014, we were looking to hire a nanny to fill a child-care gap between my maternity leave and my partner’s time off. Returning to work was a stressful and emotional time for our family, as we were new parents without local family or community support, and everything felt so overwhelming. We ended up hiring our friend’s partner, who was living in Seattle to attend graduate school.

Even though I had done nanny work in my 20s, we were active labor-rights supporters, and we also had a personal connection to the person we hired, so it was surprisingly awkward to find ourselves in the position of being an employer in our home. We didn’t have any experience from that perspective and didn’t really know all the things to consider and discuss. The informality of it actually made it more uncomfortable, because it made it hard to know if we were providing a good work environment or providing good information about what our own needs were. We hadn’t even considered the idea of having a contract. I was lucky to hear about Hand in Hand, and to find its employer checklist.

Q: What tools have you found most helpful when it comes to managing your home?

I found that filling out a checklist was extremely useful as a place to start. It was through that process that I learned more about other helpful resources, such as work agreements, time sheets, interview questions and other best practices for things like fair pay, sick time and breaks. Since the Domestic Workers Ordinance passed in Seattle, the Notice of Rights is also an incredibly helpful tool for knowing what the local laws are where I live and making sure that I am following them.

Q: Why is a work agreement so important?

A contract or work agreement provides a space to have conversations about what we wanted for our child, such as the schedule that we wanted followed; and for our nanny to set up clear wage, overtime and payment schedules, paid-time-off accrual, cancellation policies, and more. Mainly, it is a chance to really be clear about expectations for both parties. So much conflict is caused by having expectations in our heads that we don’t clearly communicate or establish consensus on, and then getting resentful when they aren’t met. That can be proactively mitigated by clearly stating needs and establishing transparent agreements from the beginning, as well as setting up a time to check in about them to see how they are actually playing out in real life.

Q: You mentioned the Seattle Domestic Workers Ordinance — what are the legal requirements for employing a nanny or other domestic workers?

Well, many of the laws vary from state to state, or even from city to city. Due to the combination of sexist ideas about child care and housework, and the fact that this work is overwhelmingly done by BIPOC people, mostly women, and predominantly immigrant women, domestic workers have been excluded from basic labor rights. This is something that has been changing in the past decade as states and cities have passed domestic worker rights legislation. It is really important to know what these laws are where you live; for example, in Seattle, workers are due at least minimum wage, uninterrupted meal and rest breaks, a day of rest after six days worked, freedom from retaliation and other basic rights. It is so important to know and comply with these rights. And they represent a floor, not a ceiling! For example, we all know that a living wage is much higher than the minimum wage.

Q: How did you become involved in domestic worker rights advocacy?

Even when trying to be an ethical employer, I still found that there were things that the workers in my home needed that I could not afford to subsidize. For example, so many domestic workers do not have access to affordable health care or workers’ compensation, so they have to come to work sick or injured, which puts everyone in an unsafe position. From my experience as an employer of first a nanny and then a house cleaner, I was able to testify in support of the Domestic Workers Ordinance in Seattle as a member of Hand in Hand. This felt like such a natural way to use my privilege and to recognize the clear stake that I have in creating a fair and dignified system of care. As I have continued to work on campaigns through my job and as a member of the Domestic Workers Standards Board, it has been such an honor to meet and work alongside amazing and powerful workers, and to see that my voice as an employer really has an impact on influencing concrete change. We are currently working on creating a portable benefits policy to make paid time off a reality for domestic workers. This is critically important for everyone’s health and safety.

Q: Where can parents go for more information and resources?

I encourage parents to explore the resources on the Hand in Hand website. Employers are always welcome to contact me for more information, problem-solving, and resources, or to find out ways to support domestic worker rights in Seattle. 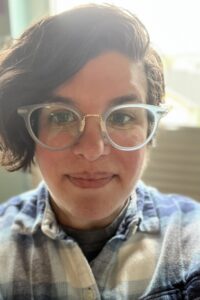